Over the next 10 years whilst working as a journalist, from conversations with my colleagues, I further heard of names of not a few journalists– chiefs and executives in almost all of newsrooms in Vietnam – called out as the perpetrators of sexual harassment and assault to their female interns and employees.

Numbers have also spoken this truth. According to an online survey in 2018 conducted by Fojo Media Institute in Vietnam on over 247 local journalists, 27% of female and 3% of male respondents have been victims of sexual harassment in their profession. The harassers are often their colleagues and source providers. Also found by the survey, however, the actual number was probably higher as a number of female journalists interviewed did not know sexual harassment could also be in form of verbal communication.

Over the past 10 years, nothing seems to have changed. Sexual harassment, despite having always been the elephant in the room, remains a dark corner in Vietnam’s newsrooms and journalism. It’s something well-known by everyone in the profession but never out-spoken by anyone until April 2018 when the days of Me Too movement arose in the country’s journalism. The movement was prompted from a Facebook post telling that a female journalism student at the Ho Chi Minh City University of Social Sciences and Humanity who was at the time an intern at Tuoi Tre (a credential newspaper in Vietnam) was raped by her boss. 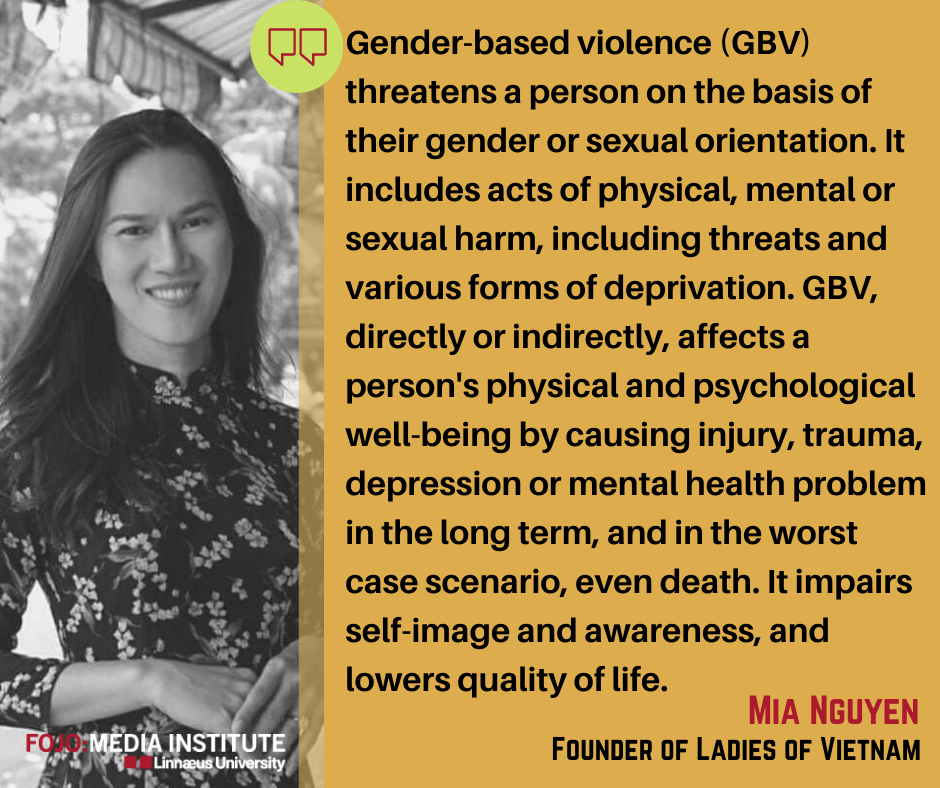 Driven by the event, we, a group of female journalists and one male journalist, started Me Too on Facebook. The movement received enormous support from our colleagues and even from lots of more outsiders than we had expected. Hashtags like #MeToo “toà soạn sạch” (clean newsroom) and “ngưng im lặng” (stop staying silent) were widespread on Facebook.

While foreign journalism had been publishing the MeToo stories of Vietnam, in-country newsrooms persisted in staying silent on the issue as they had done to the rumor around the female intern at Tuoi Tre.

But what happened after that?

This fall, two years after the MeToo event in Vietnamese journalism, a group of youth who make documentaries on workplace sexual harassment asked me: Are there any changes done by the newsrooms since then?

“None. None is changed”, I answered. “There might be some but I haven’t learned of them? I hope there have been some”.

We had hoped that after MeToo movement, journalism in Vietnam would be driven to start reconsidering the seriousness of sexual harassment in newsrooms. The newsrooms would have a policy to prohibit and prevent the misconduct from occurring to not only female journalists but also journalists of any gender, because anyone of any gender at their workplace could become victims of sexual harassment and assault, all of them have the rights to be protected.

Today, failing to that hope, as in my research, most newsrooms in Vietnam have yet made efforts to develop such policies. They owe Vietnamese journalists a “clean newsroom”.

Here I’ll be more articulate on why I expect Vietnamese newsrooms to establish anti-workplace sexual harassment policy. I believe that such policy will produce explicit definitions on: what sexual harassment is; when the incident occurs, to whom the employees can report; what the complaint and handling procedure should be like to ensure the transparency and equality that protect dignity of those involved; etc.

If there exists such a set of policy, I am convinced that it could partially restrain dirty behaviors of the harassers and the newsrooms will not find themselves confused once the misconduct occurs.

On the other side, I think journalists should also have more courteous perception of their colleagues. In my first days into the profession, my colleagues passed on me an experience tip suggesting that going for drinks with other senior journalists (mostly men) would not only help create a better working relationship but also help receive more sources shared by them. An executive editor at a newsroom where I used to work advised his employees to spend time hanging out and eating out with officials, entrepreneurs or experts to enhance mutual friendliness during future possible interviews with them. Further, a university lecturer who is also a famous journalist, in a journalism training course where I was a participant, told us stories about how her female colleague leaned in the career with beer and liquor, which in her opinion made her colleague an exemplary female journalist and her way of lean-in should be followed by us- the career-starters. 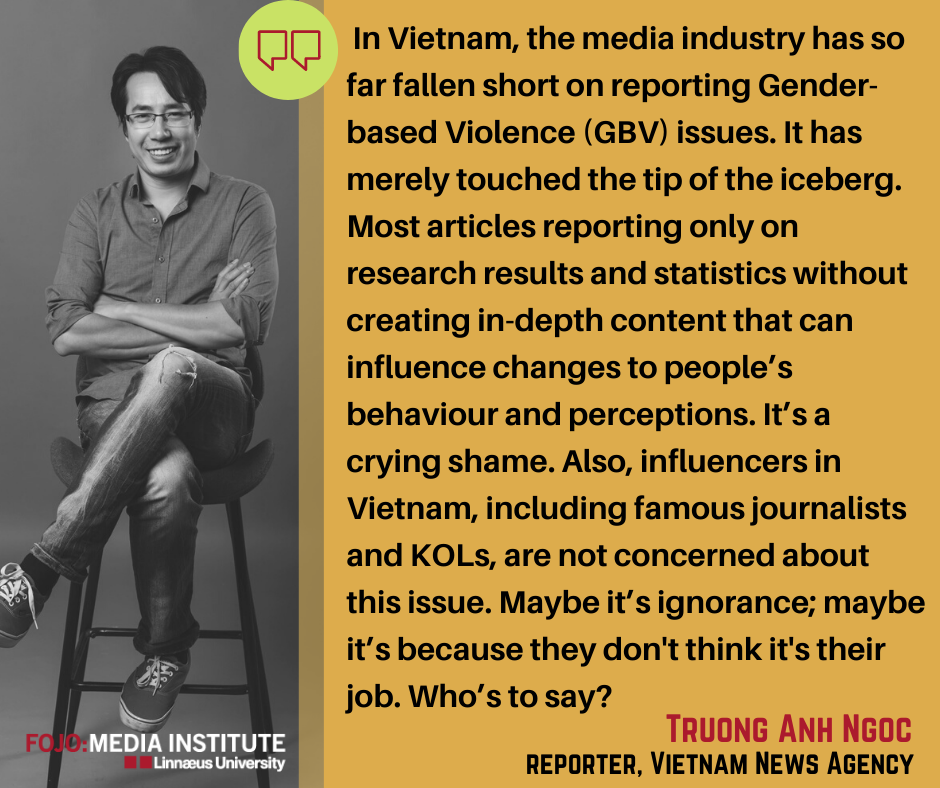 Today, how we work, though, has become more convenient compared to our predecessors thanks to technological development, I still believe that regardless of what era it is, a newsroom that praises for the fleshly way of career-boosting done by their journalists, that newsrooms do not deserves any journalist’s dedication. Because that newsroom will not be a place where viewers put in theirs trust for integrity and decency.

At this moment, after many such incidents, we–me as well as my colleagues–all hope to continue our pursuit of journalism into the far future, to work in a healthy and courteous working environment – a newsroom that is all clean. Yet everything would only come true if all of us rise up from being silent.

*Vo Kieu Bao Uyen is a freelance journalist based in Hanoi, Vietnam, with 7 years of reporting experience. She was one of the initiators of #Metoo movement in Vietnam. Uyen is now covering labour and environment for different news outlets domestically and internationally.