Sexual harassment: Activities shine light on the dark side of Vietnamese journalism

Hem/Nyheter/Sexual harassment: Activities shine light on the dark side of Vietnamese journalism

More than 10 years ago when Nguyen Ngoc Diep started as an intern at a media house, learning how to interview sources and write a story were part and parcel of  building her career as a journalist, but learning how to avoid harassment and indecent proposals were the main challenges the young woman had to overcome.

“When you live in a male-biased culture where women are seen as a recreational tool, whether in a low or highly-educated environment, it is hard to avoid becoming a subject of entertainment.”

The number of times Diep has faced harassment is uncountable, ranging from a joke, some uncomfortable words to a shamelessly frank request, and she has had to deal with it by herself, regardless of if it comes from a source or a co-worker.

Diep was one of the participants on a follow up training course on how media houses can mainstream instructions from “Sexual harassment in the media: the guide for employers & employees” into their internal codes of conduct.

The training course was part of a series of activities on gender development Fojo has committed to working on with its partner – the Online Archive and Press Assistant Center, which changed its name to the National Data Archive Center for Digital Communication in January 2020.

Choosing to touch on sexual harassment, a topic commonly considered the dark side of society in Vietnam, Fojo has continued to support its partner with two training courses in Hanoi and Ho Chi Minh City. 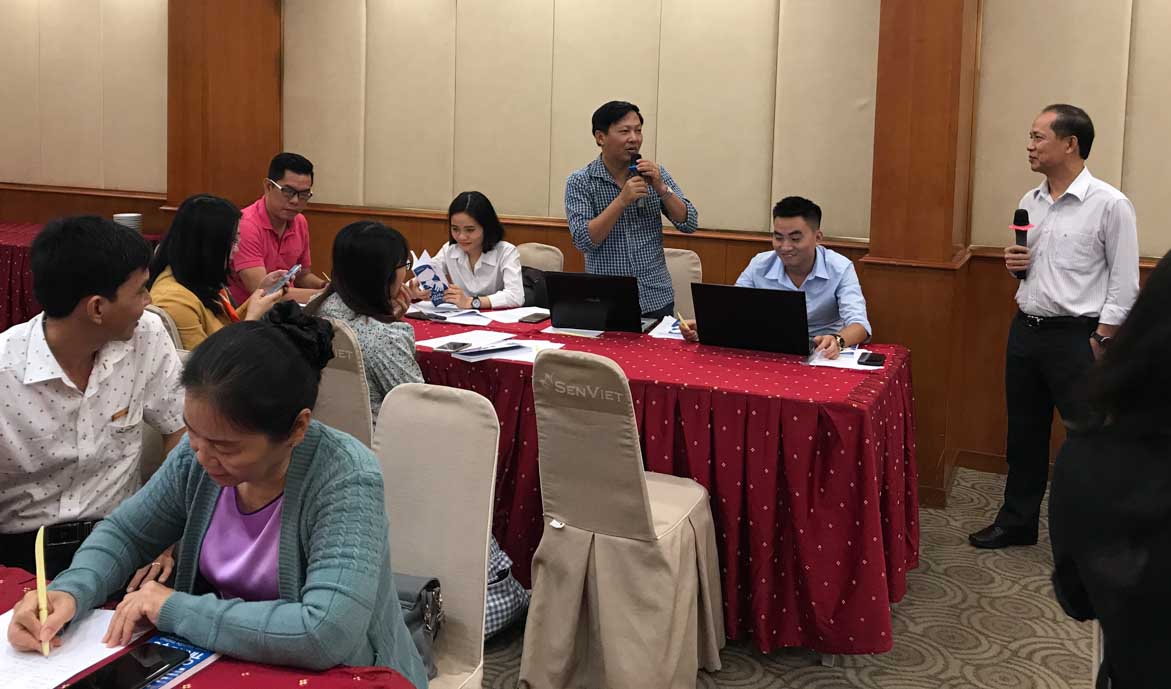 Having a special interest in sexual harassment, Diep has spent a lot of time reading books and watching videos and documentaries which have helped build her confidence in judging indecency and prepare the right responses to defend herself. But this was the first time she had a chance to access a “full and detailed definition” of sexual harassment.

“I was so surprised as I was reading the guide and discussing it with the trainer during the sessions. I had flashbacks of sexual harassment from what people had said to me,” said Diep.

An online survey conducted in January 2018 by the US based non-profit Stop Street Harassment found that 81 percent of women and 43 percent of men had experienced some form of sexual harassment during their lifetimes.

In Vietnam, a survey by ActionAid and the Research Centre for Gender, Family & Environment in Development conducted in 2014 revealed that 87% of women and girls had encountered sexual harassment.

A survey titled Women and the Media carried out by Fojo in 2018 also exposed that 27% female journalists had experienced sexual harassment.

Even though women are understood to face a higher risk, men can also get stuck in the spider’s web.

“A female colleague asked me to go out for fun but I refused. Since then, she has often made a joke signaling that I am sexually disabled when we go out in a big group with other colleagues from the newspaper. As a man I’m not supposed to confront her as it would be impolite but that is sexual harassment so what can I do?” asked Dinh Van Ban, managing editor of the People’s Representative (Người đại biểu nhân dân).

By giving participants opportunities to ask questions and discuss different scenarios with the trainers and experts, the course not only helped relieve the mental pressure participants were facing but also provide a systematic and organisational view into the normally taboo subject. 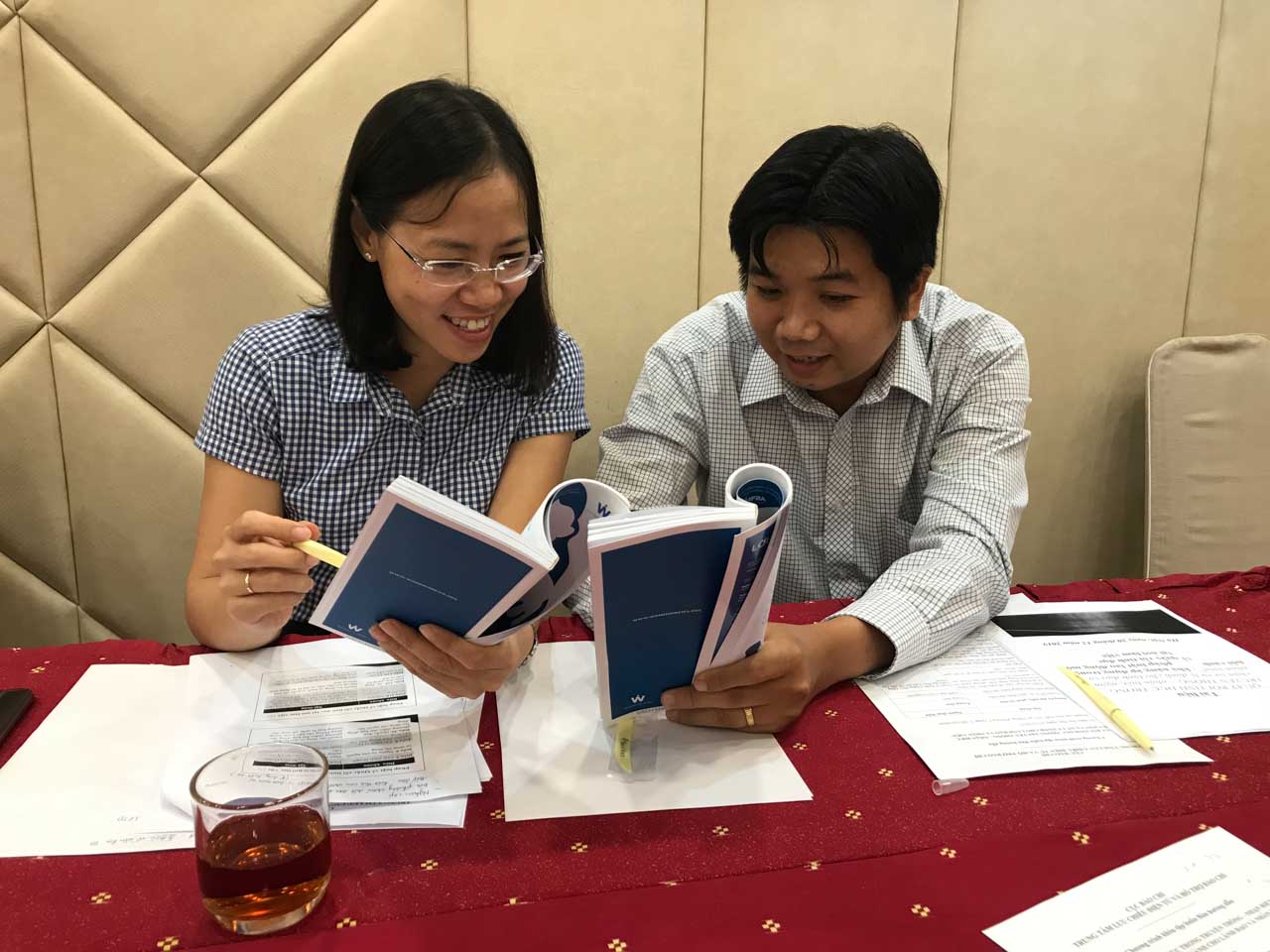 Two participants discuss the content of “Sexual harassment in the media: the guide for employers & employees” during break time at the training in HCMC.

“My understanding of sexual harassment has critically changed since the course. I now know how to detect potential perpetrators in my working environment and that speaking up whether in the position of a victim or a witness is a must to to tackle the issue,” Huong said.

“I have thought about the issue but never really spent time to dig deep into it. The training has shown me the importance of knowing the laws and regulations,” he said.

Putting the knowledge and instructions from the manual immediately into place at his media house was out of his hands, but Nghia has since held two sessions to share the knowledge with his colleagues at their offices in HCMC and Hanoi.

Following that path, further funding for two training courses on how to report on sexual harassment in Hanoi and the central city of Da Nang was sourced aiming to provide knowledge and skills on detecting and developing stories.

At the end of June, 20 journalists from Hanoi and neighbouring provinces gathered to test their knowledge of the issues they were covering and meet social workers who deal with victims to get feedback on good and bad practices in the media.

The course in the central city of Da Nang originally scheduled for July was postponed due to a new coronavirus outbreak. 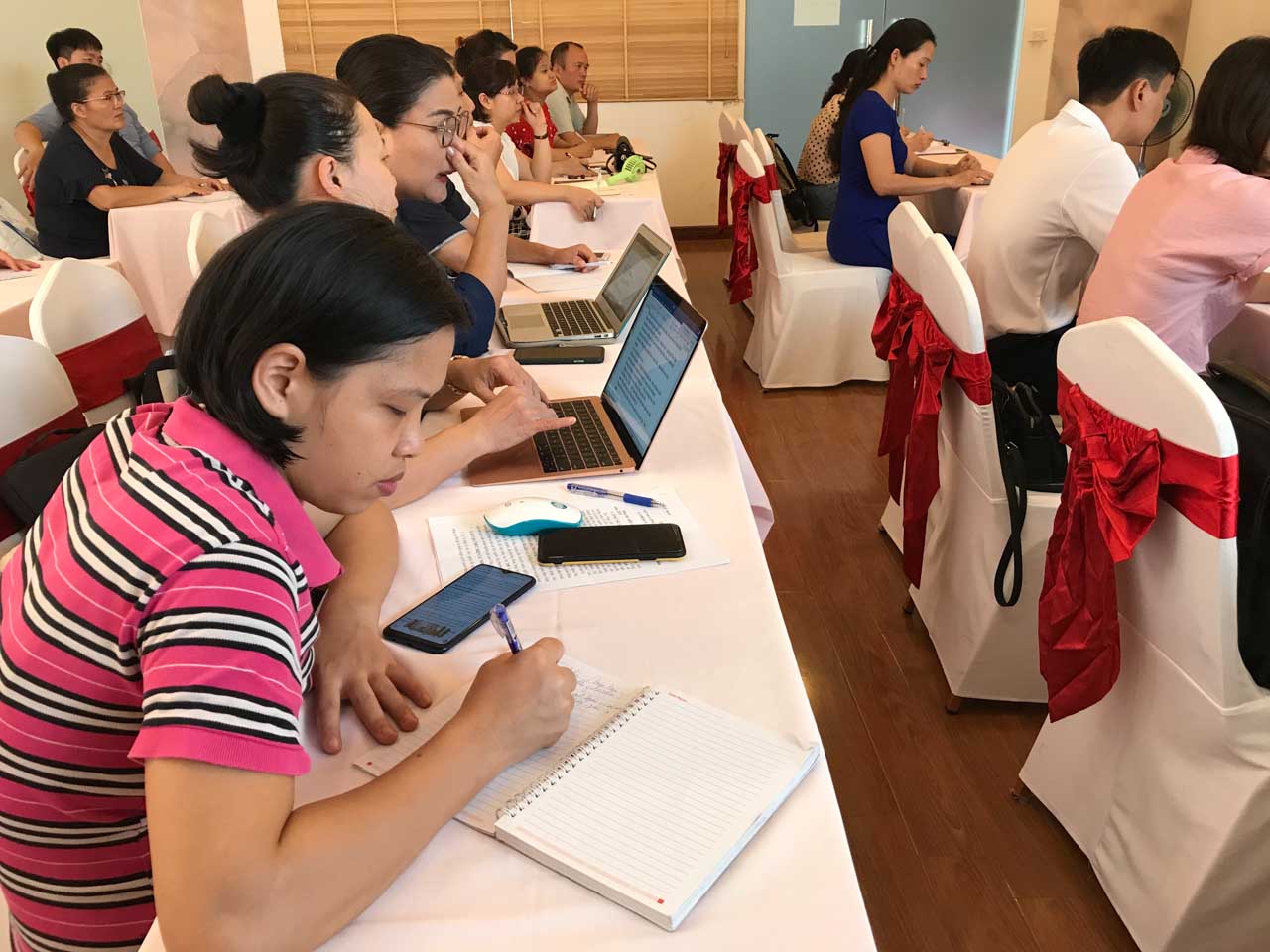 A participant take notes during a meeting with social workers who deals with sexual assault victims, one of the activities under the training on how to report on sexual harassment in Hanoi June 2020.