Hem/Nyheter/Fact checking takes off in Bangladesh

Last year, Qadaruddin Shishir was a regular journalist at Jamuna Television in Dhaka. Today he is a fact-checkerand one of two co-founders of BD FactCheck. He also works for Boom Bangladesh, which is a partner of Facebook in third-party fact checking.

“When we started BD FactCheck we were novices in the field of battling misinformation. In the last one and half years we have grown as experts in the same field. Now our team can offer training for others”, said Qadaruddin Shishir, who is the Editor-in Chief of the organization.

BD Fact check was set up as a trial to counter online misinformation in Bangladesh in early 2017 by Zahed Arman and Qadaruddin Shishir. “We were motivated by the global hue and cry centering increasing fake news problem ahead of the US election in 2016”. After a year of initial experiences in the field, Shishir and his team attended an extensive training course on fact checking organized by Fojo and partner organisation MRDI in 2018. Today it employs six people, including volunteers.

The term fact-checking; to fight misinformation, is quite new in Bangladesh. “We were the first people to introduce it to the mainstream. We have been consistently trying to have an impact in society and to some extent we are successful.” 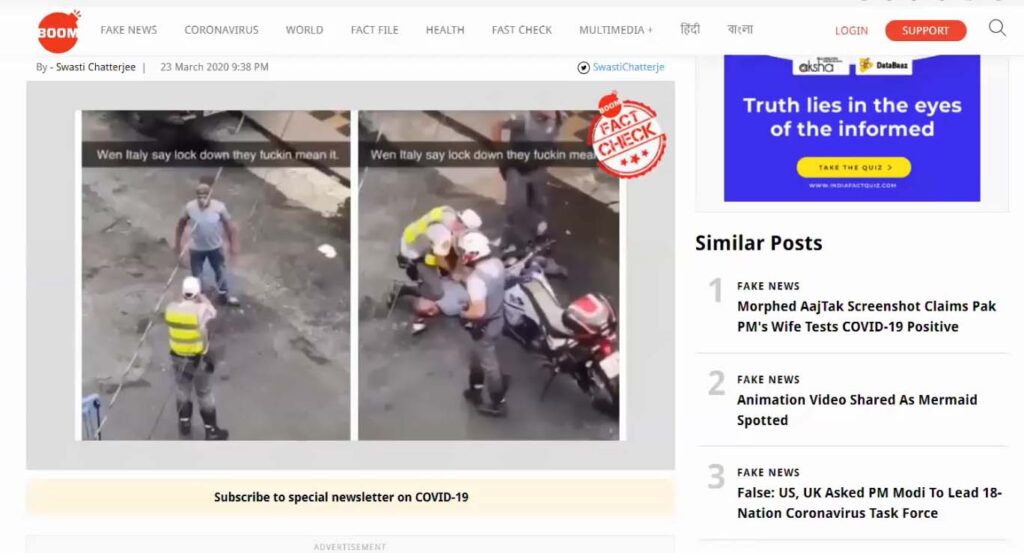 BD FactCheck publishes articles on its website and in social media. Facebook is the dominant platform in Bangladesh, but they also have Twitter and Whatsapp feeds. Occasionally, their fact checks are featured in mainstream media, which they encourage.

The team covers all kinds of misinformation with a focus on political and health fake news in social media and newspapers. Their work is slowly leading to newspapers checking their facts better, as no one likes to be exposed as a fraud. As the healthcare system has been under stress during the Covid-19 pandemic, they have been doing more on medical information. Many people rely on information on the internet for self-care. “We are trying to make people literate about how to sort out real health information from the false one during this pandemic”, Shishir told Fojo. 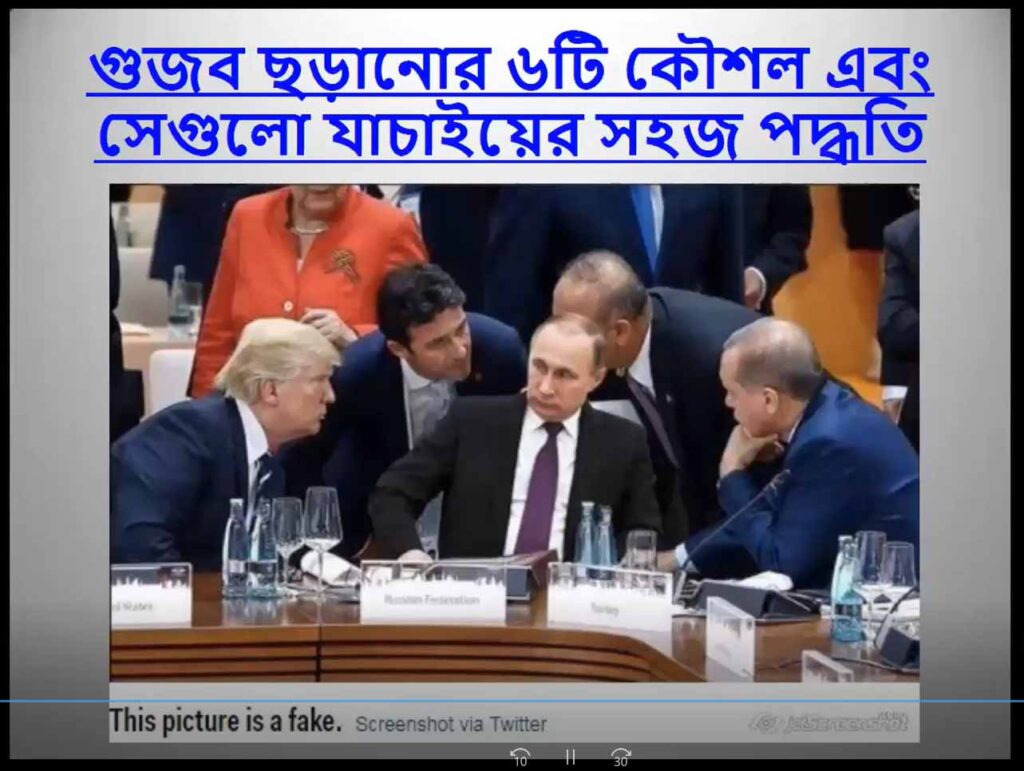 BD FactCheck’s core audience are youths. Since the organisation played an important role in fighting misinformation centering two student movements in Bangladesh in 2018– the Quota Reform Movement and Road Safety Movement– they have gained a substantial following among students. In terms of gender, the audience is predominantly male, but there are lots of female followers too. “The older and religiously conservative sections of the society are the hardest groups to reach. They are used to believing in things without asking for facts or evidence.”

There is growing competition in the field. “So far we are competing mainly with ourselves! I have been leading BD FactCheck, the most popular fact-checking initiative here, for two and half years as a volunteer and now I am leading Boom Bangladesh team, Facebook appointed fact-checking organisation as an employee”.

Shishir sees no conflict in this paradox. “BD FactCheck and Boom Bangladesh have different priorities and goals.” He points to BD FactChecks work on media literacy as one example. He is currently working to produce an online fact-checking course for youths which will be available soon.

“I think fact checking will see more competition in Bangladesh as mainstream media outlets may go for their own fact-checking team. There are also two newer fact checking initiatives, however, they do not have regular presence in the field.”

In May 2020, the west coast of Bangladesh was hit by Cyclone Amphan, at a time of lockdown due to coronavirus. There was no public transport and newsgathering was difficult. Award-winning Bangladeshi journalist Montu says that thanks to the Investigative Journalism Partnership, which covered the cost of an eight-day trip, he was able to compile enough information to file a series of five reports on the situation which led to the government taking action in the affected area.