The study explores how the media landscape in sub-Saharan Africa has shifted considerably over the last ten years, as have the training needs of journalists who now have to report on more complex issues, often using advance digital skills for research and data gathering. How has journalism training and education in the region kept up with these changes? How are universities, centres, and non-profit organisations responding to the practical, evolving skills needs of journalists? What are the challenges these learning environments face, and what new networks and innovative training ecologies have emerged in the region? 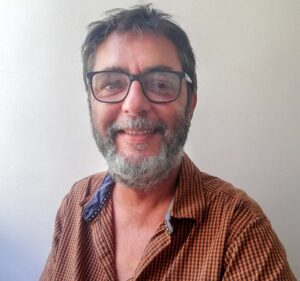 Why is this study important?
It’s an important study because the last major study into journalism education was done over ten years ago by UNESCO – there have been country-specific studies since then, but it seems to me that journalism trainers and educators needed a fresh look, and even perspective, on what is going on in Sub-Saharan Africa. A lot seems to have changed – certainly the media environments have shifted over the last 10 years. For example, the weakening of print media, the shrinking of newsrooms, and the challenges of media sustainability were common in the countries surveyed. And donor-driven journalism has also increased, as a way to sustain the media during democracy – especially in the field of investigative journalism. Things have also shifted online, both in terms of the media in countries such as Malawi, and more generally there seems to be much more practical interest in blended or pure online teaching and courses than 10 years ago at universities. The Covid-19 pandemic has only accelerated this trend. There are new capacity building needs for journalists: for example data journalism and digital security training, and there is a much greater need now for journalists to understand very complex subjects, such as money laundering and increasingly complex issues to do with corruption, or the environment, amongst others. So the need for thematic training is also evident. These new training needs are reflected in the birth of new networks that offer mentoring and support, especially in the field of investigative journalism. One thing that is also important I think is that this study took a perspective that “training ecologies” are important – that it is the way training and education centres including non-profit organisations work together that is important for understanding the state of journalism training and education on the continent.

In your view, what are the main challenges and opportunities for journalism educations centres in sub-Saharan Africa today?
I think one of the key challenges many face is the need for more specialized courses that respond to the changing needs of journalists. So, for example, some feel that the courses offered to investigative journalists at some universities are outdated. But this creates a problem for many universities: Journalism education is very often mixed with training in fields such as public relations, corporate communications or even publishing and advertising. This is an important stream that attracts a lot of journalists and students who want to earn more money in the communications field or other related fields. But how do you meet the increasing need for specialization, when your courses depend on offering such a broad palette of study streams that include things like public relations? In Nigeria, the regulator has now asked universities to separate public relations from journalism, which is going to take time and money for the universities to do. So although it was not the focus of this report, there may be a future crisis of sustainability when it comes to specialized and advanced journalism training. That is just speculation, because at the same time, the need for specialization is also an opportunity for creative co-operation between different centres (e.g. universities working with NGOs as we see in Malawi or Mozambique and other countries), and perhaps even for universities to more actively work with donors interested in supporting journalism training. Although in many centres there did not seem to be too much of a challenge in attracting females students (many trained or educated more females than males), there did seem to be a problem of encouraging women to remain in journalism once they had graduated in some countries. Language is a challenge – and the study also outlined how the different colonial languages spoken on the continent – French, Portuguese, English – has created a linguistic divide in journalism education, with centres looking to France or Brazil for their expertise, rather than to other countries in Africa. One big consequence of this colonial past is a widespread lack of journalism education or course content in indigenous languages, even though a significant amount of news, on radio for example, is delivered in local languages. There does seem to be an increasingly regional outlook amongst some centres, in Uganda, Kenya, Nigeria or South Africa, for instance, which is a very positive development, and in the case of one regional investigative network in West Africa, this entails taking a proactively inclusive approach to the regional languages spoken there (i.e. French, English and Portuguese). Online learning is an opportunity, and also a challenge – there is the very real problem of disadvantaged students being excluded if centres over-emphasise this as a mode of course delivery. The pandemic has shown us this – it works for small cohorts of students, but as a way of mass delivering courses, it creates exclusions. Nevertheless, there are opportunities here, and some centres are turning to blended self-learning models, or offering certified courses online, or even, now, full degrees. In Nigeria one non-profit centre is using a mobile app to train and mentor university students remotely on reporting techniques – even at a university that doesn’t have a journalism department.

What would you say are the most surprising finding(s)?
I think, for me, the extent to which public relations and corporate communications was so closely allied to journalism training was a surprise – even in countries like South Africa, which I did not expect. Sometimes, this clearly can be a creative relationship, with journalism students producing, for example, magazines, and advertising students selling advertising for those magazines. I was also surprised how two centres used the production of magazines creatively to train students. As I mentioned above, it was interesting to find that at least one university in Nigeria had a very vibrant journalism campus culture, but didn’t have a journalism department on the campus. I was also quite impressed by the investigative journalism networks that have emerged or are starting up in West Africa – including for women investigative journalists. I am not sure if this was surprising, but it certainly feels important. A key finding, I feel, is the extent to which the commercial media in a number of countries in the region invests a lot of time and even money in journalism training – the model of training centres closely associated with newspapers or other media outlets we see in Namibia or Nigeria, is also starting to happen in Mauritius. At least two media houses in Kenya have training programmes for new journalists. Academics in countries like Uganda sit on the boards of media houses, and editors input into course content etc. Then the system of internships (or “industry placements”) is widespread, which is another way in which the media industry contributes to journalism training. It is not simply a case of an “us” and “them” as some might think of the commercial media when it comes to the capacity building of journalists.