YANGON –Treating women as secondary class starting from family matter to politics is an open-secret in Myanmar. However, this narrative is expected to change a bit in near future.

In a recent announcement of the Union Election Commission (UEC), among 7000 election candidates – running for November elections – 1100 candidates are women which is 16 percent of the total. Compared to 2010, it jumped up over ten times higher.

It remains unclear though which aspect contributed for a surge of women’s participation in politics.

It could also be the result of persistence fight for sustentative equality for women since the country’s democratic transition from military regime to democratically elected governments, said Daw May Sabe Phyu, Director of Gender Equality Network (GEN).

”We, women organizations have urged international donors not to allocate budget for peace project if they (government peace body) exclude women participation in peace process,” said Daw May Sabe Phyu.

When gender balance agenda is getting popular within the country, political parties step up to come with gender balance promises, said Daw Khin Lay, Director of Triangle Women Organization (TWO). 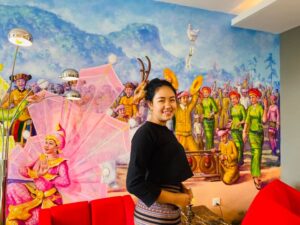 Nang Yamin, 26, of Shan National League for Democracy (SNLD) contesting for Taunggyi regional seat corroborates the views aforementioned. She said that her party officially vows a quota system for women in party’s executive level and parliamentarian in its manifesto.

Although female candidates have made of 16 %, it’s lower than ASEAN countries. According to GEN, Myanmar is ranked eight out of 10 countries on gender parity. Female MPs in Napyidaw barely secured around 10 percent in 2015 while neighboring countries had average 20 percent. 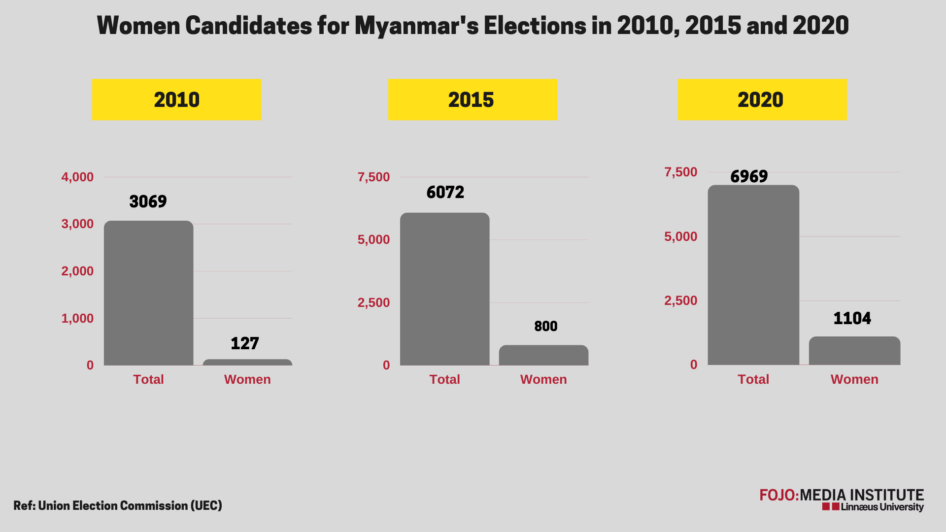 Parties in Favor of Gender

GEN documents 22 political parties’ election manifestos out of 90, based on those are contesting for majority seats in regional and union parliaments. It scanned out that 8 parties clearly stated women and gender as a segment in its promises while other 8 laid out nothing and other six partially mentioned.

Regarding gender balance, People’s Alliance for Credible Elections (PACE), US funded an election watchdog   released its findings in October. It shows Yangon is leading with 24 % women representation while ethnic regions Kayah and Mon states have the same (22%), Shan holds 20 percent respectively. 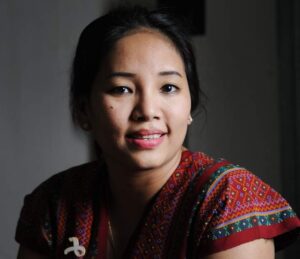 Surprisingly, the poorest states Chin and unrest Rakhine are accounted for only (9%). The CNLD’s Central Executive Committee (CEC) member Mai Cheery Zahau explained that her party sets 30 stake policies for women but it was interrupted by Covid-19 pandemic outbreak and able to organize only 10 percent women contestants for the elections.

”No one lends a hand to women in the past (in Chin community) but things are changing now. Even in CNLD youth committee, male and female equally holds (50-50). And I think our gender parity will even exceed 30 percent in 2025,” said Mai Cheery Zahau.

Like Chin, gender stereotype and discrimination against women is deeply rooted in Rakhine politics too. The NLD’s rivalry, the Arakan National Party (ANP)’s central committee member Daw Aye Nu Sein acknowledges that women are being looked down in Rakhine politics.

”Well, a sentence about women and youth is barely seen in party manifesto,” she said.

An independent candidate, Daw Htoot May, contesting for Rakhine ethnic affairs minister position in Yangon region said women being traumatized by military junta is not fully recovered yet. And it’s also the reason of women staying out of the ring.

”Our democracy is still in fragile situation and very long way to well-functioning democratic system. Women are still terrified when it comes to politics.”

According to Asia Foundation, only 151 women represent in union and regional chambers. But this time, gender rights groups are expected to have a bigger slice since contestant representation is high.

They also have homework for new lawmakers to make happen such as Violence Against Women Law, Suppression of Prostitution Act, and Anti-Human Trafficking Law in parliament.

”Mild form of offense or physical assault to women in this society is aged for long time. Some even don’t think what they act toward women as violence,” she said.

Despite Myanmar is a ratifier of The Convention on the Elimination of All Forms of Discrimination against Women (CEDAW),  widely denounced by international organization as it failed to remove structural barriers and gender-based violence against women last five years.

Not only physical abuses, online harassments on women are frequently seen in Burmese film industry too.  Recently, a film director Yon Lay, produced an ads clip in which a group of men is craving on a young lady with sexy breast outfit.

SNLD candidate Nang Yamin told FOJO that should be harshly punished as it endorses gender-based violence.

”If I am elected, I will try to effectively take action on those kinds of harassment.”

A Quota for Women in Cabinet

Lack of quota system in the NLD cabinet in both Union and regional level is no doubt. De facto leader Daw Aung San Suu Kyi is the only female union minister holding both Ministry of Foreign Affairs and Ministry of the President Office out of 24 ministries in union level.

Some argue that military drafted constitution is behind in this situation. Section 352 states that ”nothing shall prevent the appointment of men to the positions that are suitable for men only.” However, the law doesn’t ascribe to which positions women are inappropriate.

May Sabe Phyu of Gender Equality Network says there is a glass ceiling for women in all three pillars. By looking at the ruling NLD appointments for chief minister position for 14 states and regions, there were only two females– Karen State and Tanintharyi Region. Unfortunately, ex-chief was jailed to 3 decades in prison for landmark corruption in May 2020.

She criticizes the NLD selection for chief or union ministers, is based on ”loyalty for the party, not qualities.”She urges the upcoming new government to exercise a quota (30%) women ministers in the cabinets.

”We would like to see 30 percent women representation in cabinet if possible,” said May Sabe Phyu.

But, her expectation is deemed impossible demand for the NLD. Party spokesman Dr. Myo Nyunt said it has no quota system for women in cabinet formation.

”Myanmar situation is still in possible U-turn military rule, in that kind of situation, we will only prioritize the most suitable person for the position.”

*Moe Myint began working as a professional journalist in 2012 and has been closely reporting on Rakhine conflicts and Rohingya issues for about five years. Prior to contributing to Fojo in October 2020, he served as Deputy Yangon Bureau Chief of RFA-Burmese for one year and also previously with The Irrawaddy-English Edition as a senior journalist for four years and a half.